TEKNOLIME – Indeed, the game is a game that may be a tired release or even time filler when bored. Lots of game games that can be played in various platforms including Smartphone. 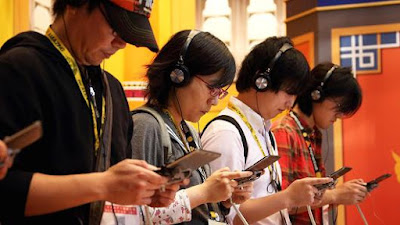 That’s Why many game developers race to make Android and iOS game that may be an alternative after the game console game there. And not a few of the game game created can be an alternative to sharpen our Brain when playing the game.

And here is a list of Game Games that are able to sharpen your brain.

Piano Tiles (Do Not Tap The White Tile)
The Piano Tiles game itself is available on both Android and iOS platforms. Games that require you to not tap or touch the tile or white part is able to sharpen your right brain and left. Where you should be able to concentrate between your fingers and your eyes too.

Guess the picture
Game Guess the image is a game that is able to sharpen the brain in the second. This game requires you to answer the unified image so as to create a new sentence from the image. Not a few of those who play the game Guess the Images that do the cheat like searching Game Answers Guess Images on Google search site.

Brain Duel Game
In third there is a game Duel Brain. This game was booming some time ago. This Online Multiplayer Game is one of the games that require you to fight with users of Brain Duel Game to answer common questions questions or even significant questions like natural knowledge and others. And this game is available on both Android and iOS platfrom

Cut The Rope
Fourth, there is Cut The Rope game. Which in this game requires you to feed a frog waiting for the candy connected to the rope. Not easy, you have to be smart in managing strategies to cut the ropes that bind the candy until it can be eaten by the frog. Game Cut The Rope can be found on platfrom Android, iOS, and even PC.

LIMBO
Finally, there is an adventure game that was played Youtubers Gaming Reza Oktovian is LIMBO game. Although this game spelled out the usual games played on the pc, but this game is also available diplatfrom Android and iOS with Paid Status. Nevertheless, this game is a game that really is able to sharpen your brain. Where you have to solve the puzzle in the game and save the character of a child called LIMBO.

There are some games that can sharpen the brain that you can download in the Play store, App Store or Platfrom games on PC and Konsole. May be useful